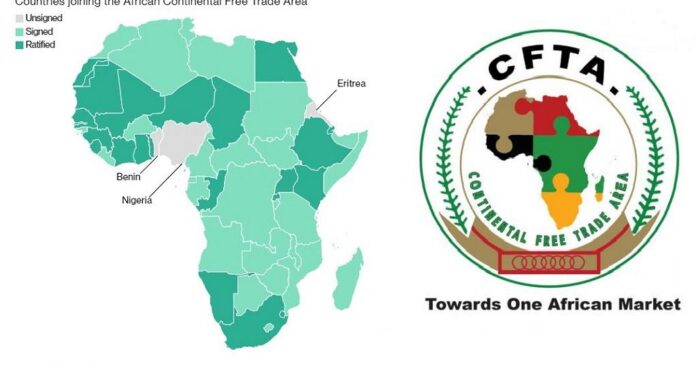 With the implementation of the AFCTA, the continent gained a unified transactional market, which supported social progress, as well as aimed at arousing interest in the knowledge of various African markets, or which will leverage the promotion of foreign investment.
Personally, I consider it positive, as it lists a set of important efforts and objectives that must be intangible in terms of performance, but don’t just stop there, as it is often said, goals are dreams with execution deadlines ”, thus, it becomes It is imperative that we establish committed deadlines, based on the degrees of feasibility that each goal may have, always bearing in mind that the history of our ancestor does not make us delay even more in the search for latitudinarian horizons more hostage to the principles of orthodoxy.
I remember listening to stories told by my father António and my uncle Jó several times during my childhood, portraying moments when my grandmother Delfina entrusted them with the responsibility of selling the bread and butter that she always prepared for the residents in the morning who soon went to work, in one of the most famous municipalities in Luanda, the municipality of Cazenga. Well, actually, I suspect that at no time did they realize that what they were doing was Free Trade. I also remember when they told us the story that they both shared the only sandal that their father and grandfather, Domingos, had bought, and that one of them often waited for the other on one of the corners of the city to exchange them and put them on. and only then follow his march to school, well once again I suspect that both had no idea that it was Exchange of Goods.
Emphasizing that one of the great challenges is to accelerate the process of lifting approximately 70 million Africans from the poverty line, it is still crucial that employability policies are consistent, allowing in the short/medium term continental unemployment rates to be reduced through real birth of aid to traditional commerce, such as the blue economy and the digital economy, the latter being through the restructuring of payment systems and e-commerce, instruments that are indispensable in B2C (Business to Consumer) relationships, not only for a better management and coverage to a greater number of markets, but also as a way of capturing income for investments in R&D.
Once again, it is emphasized that Africa cannot be left out of the evolution of the times, it cannot be allowed that within the continent we have hermit countries, that are spectators in the challenge of the evolution of nations and that do not interfere, even in an equanimous way. , in several transactional scenarios, therefore, history has shown us that all together are often greater than the sum of the parts that will most easily provide win-win relationships, representing gains, both for all market markers as well as for all remaining members of this chain, exponentially increasing productivity rates.
Therefore, Africa also needs funding, but above all it needs commitment and realizing that the future, although uncertain, is nothing more than the result of certain calculations, or that, due to circumstances inherent to us, become rounded, so we need to determine today the value of education, agriculture, livestock, et alii, thus preventing the next generations from facing the future in the dark, with the full certainty that it is with serious and inclusive measures like the one we have just witnessed, that it will become effective the reduction of transaction costs or the greater and faster access to a significant number of markets, these goals being totally residual if we are not able to be intransigent and establish a strong differentiation between what personal interests concern and in relation to what is believes to be the best for our continent.
Notwithstanding that, this program aims to spread the importance of small companies through the great example of Brazil, that 90% of the companies created are MSMEs and these employ 60% of the working age population.
Agenda 2063 established, from 2013 to 2015, 15 projects given as priorities for the next 50 years, and of this total, 45% of the projects address the issue of urban mobility. Therefore, 8 years later, it is urgent to carry out a retrospective flashback in order to understand the degree of effort of generalized mobilization that in Addis Ababa agreed not only to African heads of state but also to all those who work for a truly sustainable and inclusive continent.
As an example, the average annual cost of air transport on the European continent, which by the way is one of those with the highest rate of mobility between countries, is equivalent to 180 dollars, and the same exercise carried out on the African continent shows that the average cost of transportation is equivalent to 400 dollars, which is more than double the purchase price of a ticket.
Furthermore, it has to do with the extremely poor situation of mobility within cities, at a time when questions of how to increase mobility and at the same time reduce congestion, road accidents and pollution are frequent. Therefore, it is not enough to simply demonstrate an interest in dealing with such a current and active subject, but the interest in market and environmental impact studies must be of equal proportion, the first of which can help us to understand the degree feasibility and contribution to the achievement of socio-economic, employability and sustainable development goals and the second in the fulfillment of goals 13, 14 and 15 of sustainable development established by the United Nations, through the elimination of non-renewable energy dependence and the reduction of gas emissions greenhouse effect. 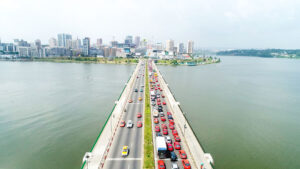 African Center for Artificial Intelligence and Digital Technology is Pan African Think Thank founded in Founded in 2022, The ACAIT is Interested in supporting artificial intelligence policies in the African continent and conducting the work of researchers and those interested in this field in order to achieve the African dream and enhance the confidence of women and youth in their capabilities in the field of programming, development and integrating digital technology.

Contact Us
Our Research
Our Services
Our Projects
About Us